Dandi is a small historical village near Navsari on the western coast of Gujarat, India. It is known world over for the Salt Satyagraha led by Mahatma Gandhiji who broke the oppressive Salt Act and launched the Civil Disobedience Movement on April 6, 1930. Dandi Salt March, or Salt Satyagraha as it is often known, was seen no less than a war, a non-violent one, with its 78 warriors of peace who walked the 241 miles from Sabarmati Ashram in Ahmedabad to Dandi to defy the might of British Empire. The Salt March was both a political and an economic statement. It signified India’s rejection of colonial rule and the reaffirmation that India’s salvation lay in economic regeneration of its villages and self-reliance of its people.

Dandi is also one of the important pilgrimage places for the Dawoodi Bohra community. The Hajani Bibi Dargaah in the village is a beautiful white memorial dedicated to Noorbibi Saheba and Fatema Bahen Saheba, mother and sister of Syedna Yusuf Najmuddin, the first Indian head of Dawoodi Bohras. 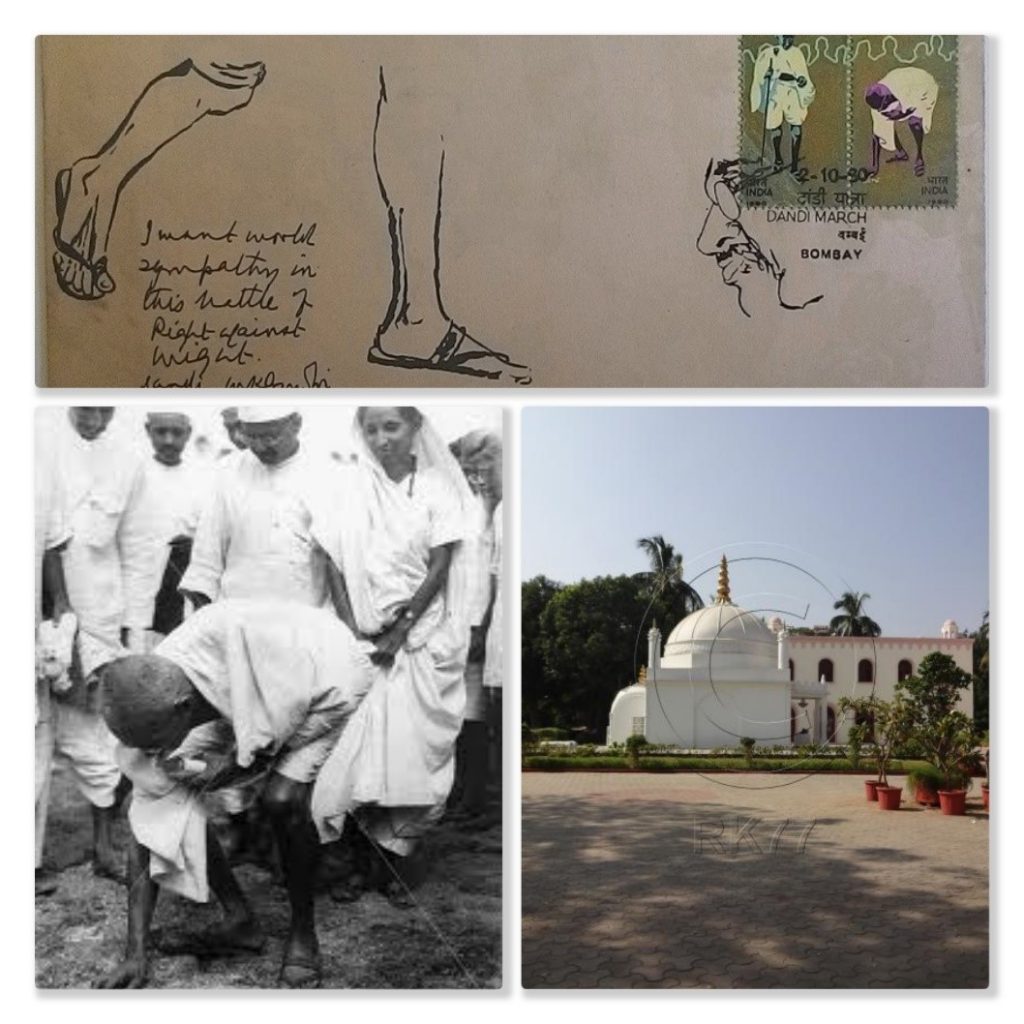 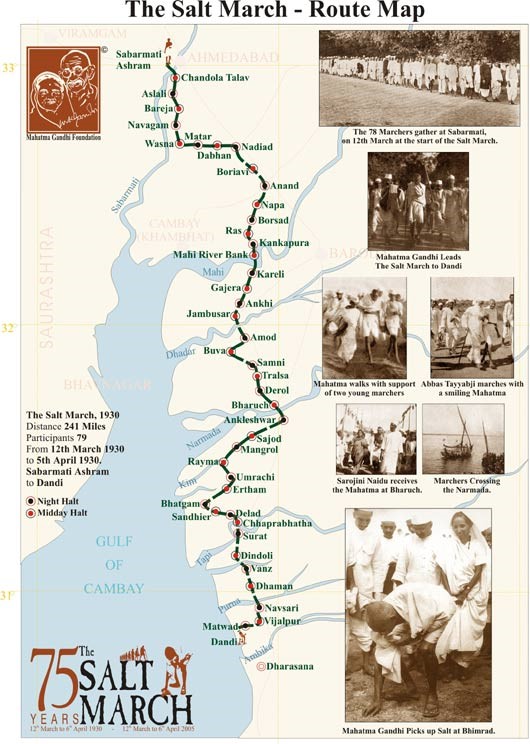 From the times of the historical Dandi March in 1930 till today, Dandi has come a long way from being a poor, inhospitable village to a village having good road connectivity, sufficient water and electrical supply, a co-operative dairy and huge fair-trade shop, high school with a hostel and a temple with community hall. Dandi’s seashore have become popular amongst tourists from nearby cities of Navsari and Surat and remains fairly crowded during weekends. There are about twelve hundred people living in Dandi who make their living mostly by farming or working in the skilful industry. The people of the village are very cordial, friendly and hardworking. Many of Dandi’s residents who have emigrated to the UK , Canada , New Zealand, South Africa and other parts of the world have helped with the developmental projects in the village.

Stretching across the Arabian sea shore, replete with natural beauty and environment, Dandi is a small village with population of 1260 people. During the times of Gandhiji’s Dandi March, the village population was 460. It is 20 kilo meters in the west direction from Navsari station.

Many years ago, there used to be a “diva dandi” (lighthouse) on the sea shore. The name “Dandi” may have derived from that. Or, the part of the land that gets covered by water all around is known as “dando” in Gujarati. This was in proportion a smaller “dando” and so the name “Dandi” may have derived from it. It was a village with countless hardships during the times of the Dandi March. It was deprived of food, water, roads, electricity, education, health and liveable housing. The population then and even today is 95 per cent of Koli Patels. There were some ten houses of Desai families and four-five houses of Dawoodi Bohras. They were mainly from Surat and Bombay. Since they were affluent, they had constructed bungalows in Dandi for vacation and pilgrimage (Hajani Bibi ni Dargaah in Dandi is a holy place for Bohras). Gandhiji had stayed in one of these bungalows, which today is under state government and the state Information Ministry has put up an exhibition of Dandi March photographs. Another place of importance is where Gandhiji used to call prayer meetings under a banyan tree. A monument has been erupted here to honour equality for all religions. Pandit Jawaharlal Nehru had inaugurated this on the 6th April, 1961.

This tidal influx of water kept increasing and the water would reach up to residential areas. Agricultural land and meadows were washed with salty water and the existence of the village was in danger. All Desai families and other well-to-do families migrated elsewhere.

In order to save the village, it was necessary to prevent the water influx into the village and if that was done, the naturally producing salt would cease to produce. Out of this, the first option was considered and the entrance of water was blocked by constructing a soil dam across. The village was saved. But the salt had stopped producing naturally in Dandi. And so it is, till today.

Today, the geographical and economic situation of Dandi has changed completely.
Where people could not enter the village without walking in the muddy lands, we have got roads today. Where a few gallons of water were scarce, we have water taps in every household today. We have facilities of electricity and telephone. The village has co-operatives for agriculture and dairy, high school with hostel and improved housing. The state government has set up “Forest Awareness Centre” on the beautiful seashore of the village. People from all around visit here for two reasons: to visit the historic Gandhi Monument and enjoy the seashore.

Because of scarce local opportunity for employment, many people of the village have migrated abroad. There is a good number of NRIs from Dandi.

It is very important that the historic significance Dandi can always attach itself to is preserved at all cost.

Shree Yuvak Mandal Dandi (UK) is Registered Charity (No. 1111408), voluntary organisation of United Kingdom (UK) residents, whose roots are from the village of Dandi in the Navsari District of Gujarat, India.

Its main role is to forge closer social and cultural links amongst the members in the UK and to support the activities of the various organisations of Dandi Village in India. It also aims to develop and support Dandi Village by assisting in setting up facilities for advancement leading to better living conditions, better education and better health & hygiene.

Some of the organisations in Dandi Village are; 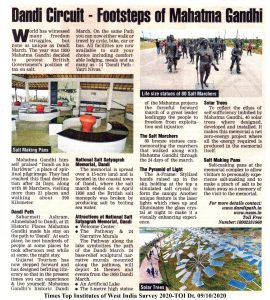